Tripawds Supporter sites have no ads!
Skip to content

Tripawds is a user-supported community. Thank you for your support!

Having more than one cat can be great, if they get along. It can be a pain in the tail if they don’t! Even cats that typically live together peacefully can go through a hard time when anything affects their routine. This can happen anytime one cat starts acting differently due to illness or a surgery like an amputation. Take Little Man’s bunch for instance… The 3 younger cats are littermates. We’ve had them for 3 years now. LM was already a trikitty, so they never thought twice about how he hopped around. However, anytime LM visited the vet, they would hiss, hit at him, and chase him… all because he smelled funny. We went through a similar experience when we moved, and again when LM had a tumor removed. The tumor removal was the worst. Not only did LM smell like the V-E-T, but he wasn’t acting like himself. He had issues with movement, pain, and a loss of appetite that lasted a couple weeks. Our routine had changed big time.

Here’s what I do to help minimize these unwanted behaviors…

*** When it’s time for a trip to the vet, I take a pet bath wipe and wipe them all down, especially the one that just returned from the vet. This helps them all have a similar smell and wiping them all down distracts them. They’re usually more concerned with grooming themselves than checking out the one that just got back home. lol

*** After a procedure, if possible, separate them. Then gradually re-introduce them. This process can take several days and requires close supervision. I started with just a few minutes at a time, working up to feeding them together, and eventually getting back to their old schedule. I kept a water bottle handy to distract them if they started to get aggressive.

*** Pheromone diffusers really do help! They plug in to an outlet or you can get the spray form. I keep one plugged in each of the areas where they spend a lot of common time together. I use the spray in the car and the carriers for travel. It doesn’t drug them or affect the rest of the household. I’ve noticed impovement with behaviors related to aggression, stress, and anxiety… even scratching furniture and excessive meowing.

Now that Little Man’s tumor is much larger, our other cats often go up to him and smell the area. It gives LM a different odor than the rest of them. They can tell that he’s not as active as he used to be. The combination of LM’s smell and change in activity level makes them treat him differently. They don’t interact with him as much. They don’t want to eat with him. Sometimes they will even slap at him. In turn, LM started acting depressed. I started giving him some special time each day, taking him outside, brushing him, and giving him a treat. That alone has made a drastic improvement! He’s moving around a lot more, eating, grooming, and PURRING again. The other cats are even acting like they normally do. I don’t know how long this will last, but we’re enjoying it while we can. 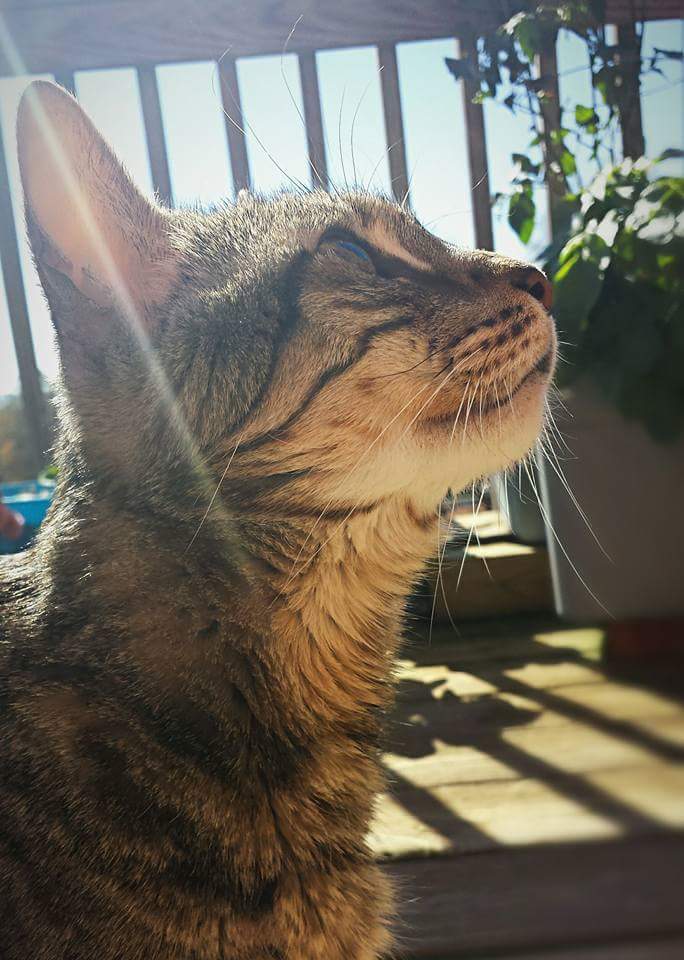 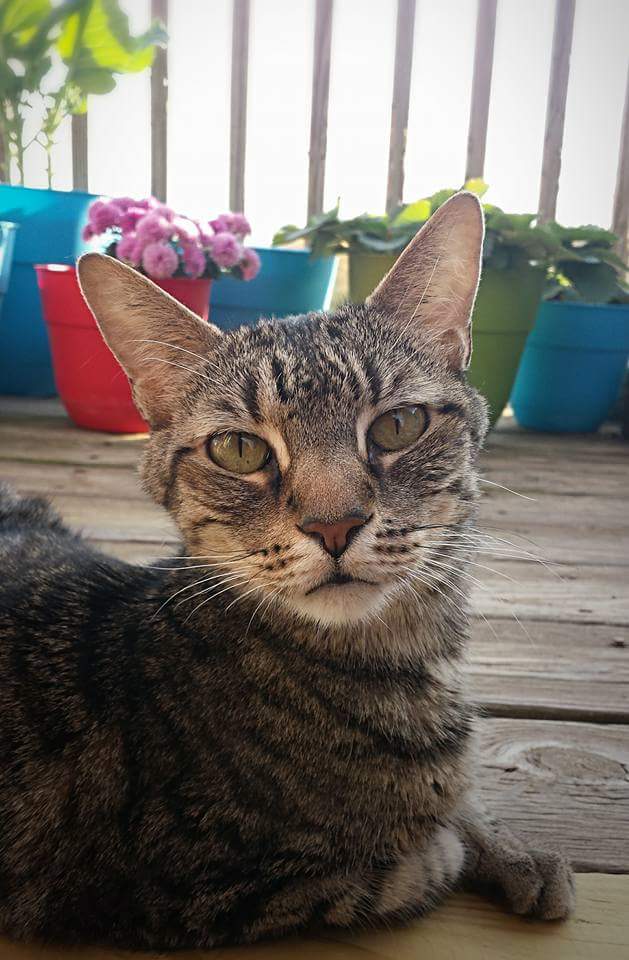 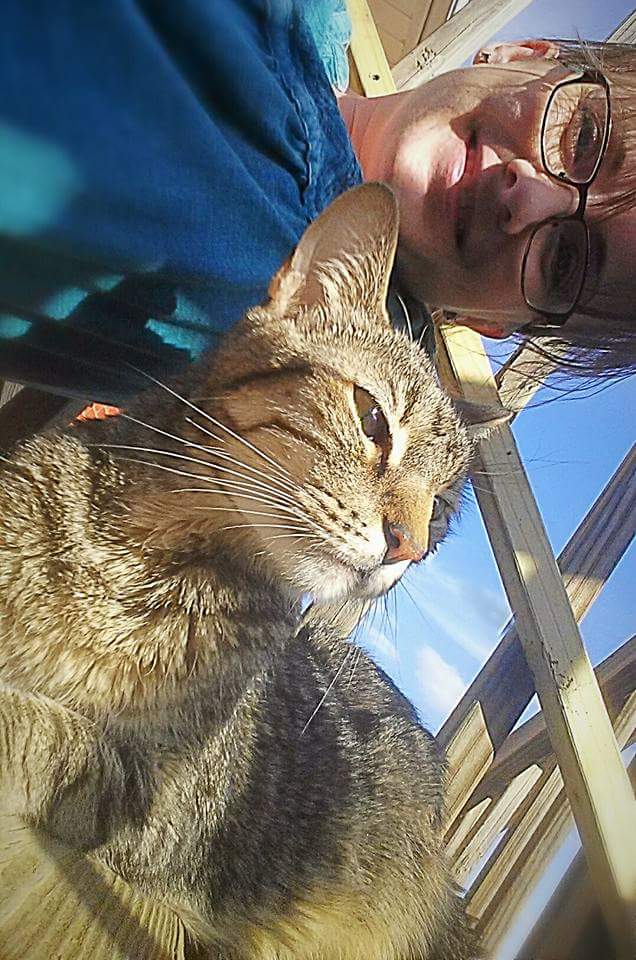 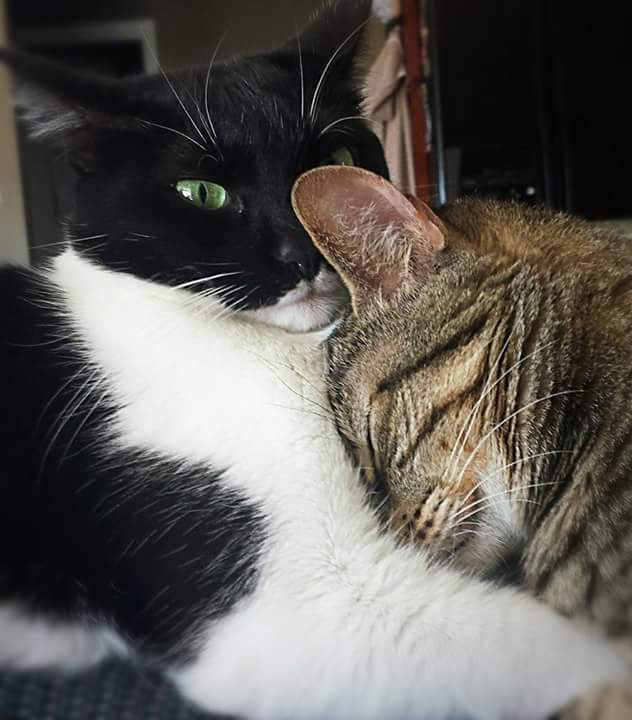 
To remove ads from your site and others, upgrade to a Tripawds Supporter blog!


Tripawds Supporter sites have no ads!